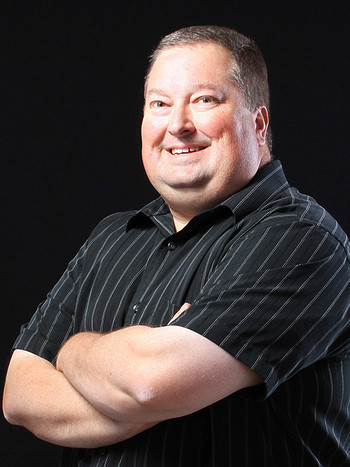 5150 Photography com began in 2009 with a focus on event photography. The company has changed names several times with the latest being EventPicz.com. The Website has grown since the inception and now is a one stop access point for all of Craig’s photography work. While Craig has a long background in event photography, this site now brings together his commercial work with his event photography.

Craig fell in love with photography at an early age. He purchased his first camera, a Canon AE-1, when he was a teenager after he earned enough money mowing lawns. He has been taking pictures ever since and made the switch over to digital photography in 2000 with the Kodak DC290 Zoom. Craig’s inventory of digital cameras and lenses has grown over the years with Canon being the common brand for all of his professional gear.

While completing his college degrees, Craig ran a small freelance photography business. That work focused on wildlife, scenery, sports, portraits, and some weddings. During that time Craig was retained by the university he was attending to photograph women’s college sports. When he completed his graduate work his photograph work transitioned to that of a hobby. Though his love of photography never left, his focus on photography took a backseat to his career in education for the next 15 years.

Craig’s love for photography began to expand in a major way with the availability of economical consumer digital photography equipment. Craig’s passion for photographing events re-ignited and, in 2003, he began to photograph sporting events at the local university, a return to what he had done while a graduate student. Different than in the past, he began to photograph these events as a photojournalist and developed a Website devoted to local university sports. Craig was the main photographer and did much of the writing for the on-line sports journal watching it quickly turn into a relatively large sports information site. During that time Craig had photographs appear in The Salt Lake Tribune, The Herald Journal, and on KSL television.

Craig branched out from the university events to the Rocky Mountain Football League covering the newly formed Cache Valley Bears in 2006. He has covered various teams in the RMFL since that time. He then photographed baseball tournaments sponsored by the Rocky Mountain School of Baseball as well as other regional tournaments. He spent some time with CacheValleyDaily.com covering some university sports as their main sports photographer. His focus there was on college football and men’s basketball.

Craig’s unique ability to capture the raw emotion of events using his photojournalistic style, coupled with his passion for providing photographic memories, will be sure to excite those who benefit from his talent. His primary goal is to allow people to smile and feel the raw excitement of events well into the future.